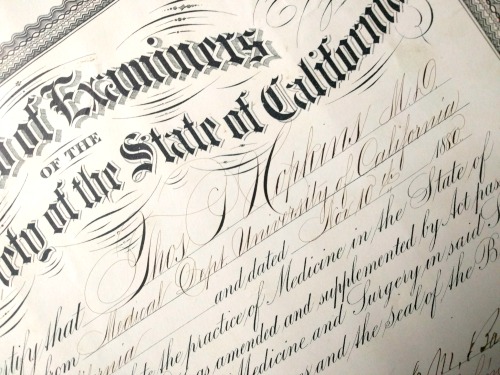 I figured since my last post was about regrets (stupid buys), it would be nice to follow it up with some good finds.

It’s not too often I buy things over 100 years old, so I get really excited when I do. Over a month ago I bought an 1899 school book called “The Baldwin Primer.” The cover is foxed and worn, but inside it’s clean and full of charming songs, illustrations, activities and pretty cursive.

Honestly this doesn’t qualify as a “good find” in terms of profit, which will be almost nil as I paid $6 for the book, but it made me smile. Can’t you picture kids in a one-room school house learning from this little book?

When I was back in New York state recently I spotted this little lacquer box in an antique store. Likely a snuff box, it wasn’t in pristine condition and had crazing and some paint loss. But I was intrigued, particularly by the seal inside. The store owner quoted me a modest price so I was happy to buy it.

When I got back home to California, I set this box aside to deal with other matters. And now I finally had time to sit down and research it. First I discovered that the seal is an Imperial Russian one that pre-dates the Revolution in 1917. Okay, so definitely an antique.

The troika theme is a common Russian one and I found several examples almost identical to this one.

During the 1800s their were two Russian workshops producing this type of snuff box with this image:

The Vishnyakov and Lukutin workshops were in fierce competition and frequently their paintings depicted similar scenes such as the racing winter troika. Not only were such scenes popular, but some of the artists moved back and forth between the two workshops resulting in stylistic and thematic similarities in they items produced. The lacquer ware produced in this era was not signed by the artist, therefore it is nearly impossible to know who painted a specific piece.

So this box is old and likely from the workshop of Vishnyakov (or Lukutin), but what is a fair price for this piece? I’ve been looking at both sold and current prices of similar ones, some with wear/damage like mine, and they tend to fall in the $200-$300 category. I’ll probably list this on the lower end of that.

On Shopgoodwill I recently won three antique diplomas all for Thomas Patterson Hopkins. Such neat things. The first Thomas received was from Ohio Wesleyan (a B.S. in 1873) on vellum.

He then went to a University of California school for his medical training. This diploma comes complete with a bit of ribbon and is dated 1880 in latin.

He lost no time in getting his medical board certification also in 1880.

I love this kind of ephemera and the beautiful calligraphy and history. I’ll sell these as a lot, but I need to do more research. Could Thomas be related to Johns Hopkins? Perhaps Johns was an uncle? Are there any famous signatures on these? I paid $29.96 for the three and will likely list them as a lot in the $100-$150 range.

So I’m happy I got a few cool, older bits to add to my store. Now I seriously need to get cracking on listing my backlog of items!