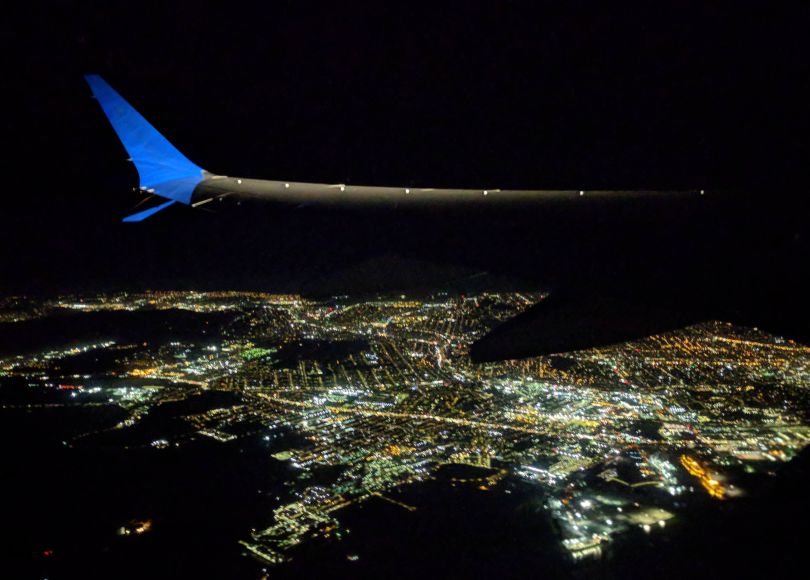 Earlier this month I finally boarded a plane and flew to see my 90-year-old father and my youngest brother who are now residing together in Tennessee. I hadn’t seen either of them for two years, in large part because of the pandemic, and it was both a wonderful and sad trip. A delight to spend time together eating, talking and doing a bit of antiquing and sightseeing, but also difficult seeing my dad more diminished and fragile. His shuffling, unbalanced gait limits how far he can walk and his appetite is almost non-existent…except for sweets which he shouldn’t have as a diabetic! (Still at 90 if he wants a big piece of chocolate cake, I’m going to keep schtum and let him enjoy it.) Realistically I know the number of our visits is limited and more than once I found myself in tears back in my hotel room. On the other hand I do feel fortunate to have a parent still alive and doing as well as he is.

Well in the midst of this emotional month I have been antiquing and thrifting a bit and found a few interesting things. Here are the highlights…

This stunning large beaded envelope purse is likely a 1940s piece. It is fully beaded with only the tiniest bit of bead loss and one snap missing under the flap. While it is usable, I see this more as a wonderful display piece.

That was one of my finds at Larry’s Antiques in Oak Ridge, TN. Larry is an 80-something veteran who’s been in the biz for decades. He was helpful and interesting and we had a lot of fun poking around his crowded store.

I LOVED his mission table in quarter sawn oak. Priced at $425, if it had been local I would have seriously considered buying this!

Back home, I went to my local monthly flea market. One vendor had nothing but artwork. Pieces were laid flat on blankets and it was a little tricky trying to get up close and see them but it was worth the effort. In the end I bought two–one a small framed antique lithograph depicts the funeral of a bishop.

And the other what I thought was the strangest print but what I now think is Victorian decoupage. These weird characters appear to have been cut and pasted.

On the back the framer wrote “On back: Property of Lewis B. Whitehill, NE, Pa.” So I googled Lewis B. (Baldwin) Whitehill and it turns out he was born in North East, Erie County, Pennsylvania, October 29, 1898 and died in Los Angeles County January 26, 1923. Gosh that was a short life!! I wonder what happened to him. His parents on the other hand both lived to the 1960s.

I can picture Lewis as a kid receiving this as a gift from a great aunt and proudly writing on the back that it was his property. Somehow it survived a move west and his premature death and was later professionally framed. Will it sell? Will anyone want this weird image? I took a gamble and said yes. Time will tell!

I loved the looks of the antique Vanderslice “Comstock” spoon (in the middle) engraved “Seth” which I though was silverplate but at home tested for at least coin silver! When I asked the price the flea market vendor (a charming 80s something lady with dyed blonde hair and penciled eyebrows) said she wanted $1 for three spoons. So I rummaged around in the two shoe boxes of spoons and found two antique silverplate Rogers Bros. “Assyrian” spoons (without the head motif). At that price I should have searched harder and bought more spoons!

Turns out this Comstock utensil is a generously-sized soup spoon, weighs over 43 grams and is quite scarce.

This carved soapstone dragon teapot and cups set was a neighborhood thrift store find. Not old, but it is a fun, decorative thing in lovely condition.

I once had a French Henriot Quimper plate that took years to sell, but I don’t think these cute salt and pepper shakers, a thrift store find, will take that long!

I got this vintage mystery book for me at the flea market for a buck! I had never heard of Dorothy Cameron Disney but it turns out (among other things) she wrote a “Can This Marriage Be Saved?” column for “Ladies Home Journal” magazine for 30 years. I’m looking forward to dipping into this.

My favorite jewelry vendor at flea market was one of my last stops. As usual she had some great vintage pieces, and thousands of them, but I just wasn’t sure if the ones I wanted had any meat on the bone. In the end, I only got an Italian silverplate Christmas ornament that they had turned into necklace.

So just a few things here and there. Alas one of my Tennessee finds disappeared. It was a small bit of petit point and I think I may have accidentally thrown it away after I got home!

I’m trying to get back into the routine and have been listing like crazy, but so far November sales have been strangely sluggish for Q4…possibly in part because of the economy. Hopefully things will pick up.