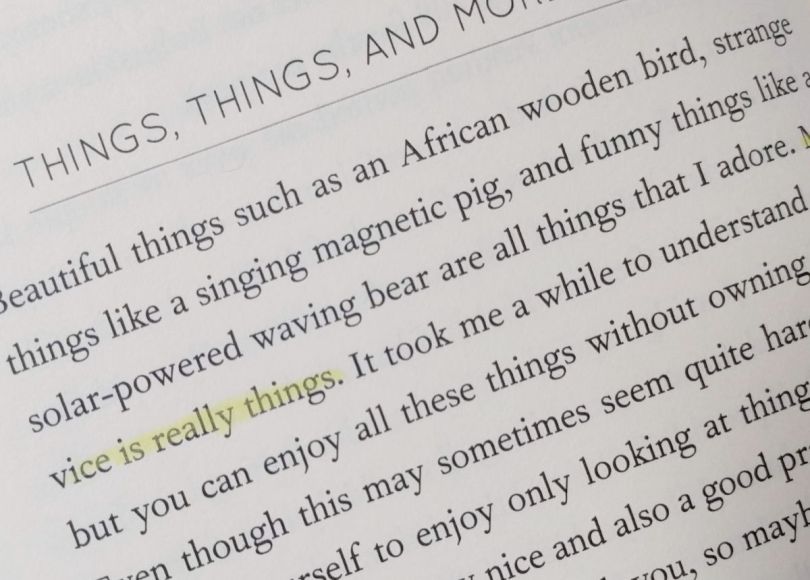 Years ago one of my aunts died at the age of 73. Unexpectedly. One moment she was relaxing in a chair watching TV and looking forward to a party that evening and then she was gone. Sadly she was not found for two days.

My brothers and I, her closest blood relatives, flew in from various corners of the U.S. Two of us stayed at her house. I slept in her bed. One of my brothers was the executor and responsible for settling her estate so for the few days we were all there we spent hours and hours sorting through items to help out.

I threw out over 50 tubes of used lipstick, 50 bottles of open nail polish and all her undergarments and socks. The many closets in her house were full of clothes and had pieces decades old including some well worn pedal pushers from the 1950s and a plethora of 1980s polyester blouses with a quarter inch of dust on the huge shoulders. I bagged all these for charity keeping only a faux leopard swing coat (Giorgio Parnucci) from the 1960s and a pair of brand new sneakers that fit me. (I wore them for years and always referred to them as “my Aunt Janet sneakers.”)

And what were we to do with the dozens and dozens of her silk flower arrangements? (We tried to give them away to other family members and friends, but nobody wanted them.) But it was the basement family room that gave us the biggest pause. It now housed about 1000 romance/erotic novels all neatly shelved. When had this become a thing?? These were unfortunately nearly worthless. (My brother eventually found a bookseller who would buy them all for…$50!)

As I flew back home, emotionally and physically drained, I remember feeling badly that I’d had to be so ruthless with her belongings. She was such a private person and would have hated having us paw through her stuff. Still it needed to be done. She had not expected to die when she did and left behind a packed house.

This. This is why I bought “The Gentle Art of Swedish Death Cleaning” book by Margareta Magnusson. I am at an age when I am nearer the end of my life than the beginning and it’s a queer feeling as each birthday rolls around (one in a few weeks!), like an odometer ticking away.

So I am challenged to consider what things can I get rid of that will 1) make it easier for my family when I’m gone and 2) make life better now. That’s an equal part of this equation. Making life better now!

My vintage biz makes it a bit trickier because some of the things I want to let go of are quite sellable—like my aunt’s Incolay stone Marie Antoinette jewelry box that I wrote about in my last post. So while I’ve listed it for sale on Chairish, it hasn’t physically left the house!

And I am keeping her tiny travel cribbage board, which oddly enough is one of the few things she pointed out to me on one of my annual visits, saying “When I die, I want one of you kids to take this.” For some reason it was important to her that it stay in the family. I now have it.

But I do have plenty of things that can go bye bye. So it’s time to put on my big girl pants.

And what do I think of Magnusson’s slim book? It’s oddly charming. Part memoir, part “You can do this and you’ll be glad you did! From an advice standpoint I didn’t find anything wildly different from other books. Most organization/decluttering/downsizing resources can help you get from point A to point B, but Magnusson’s perspective as an octogenarian is both wise and refreshing. Particularly what she wrote about our “secret” stuff saying: “There’s no sense in saving things that will shock or upset your family after you are gone.” So true!

So I’ll keep going through stuff. Donating some. Selling some. And definitely burning some!!