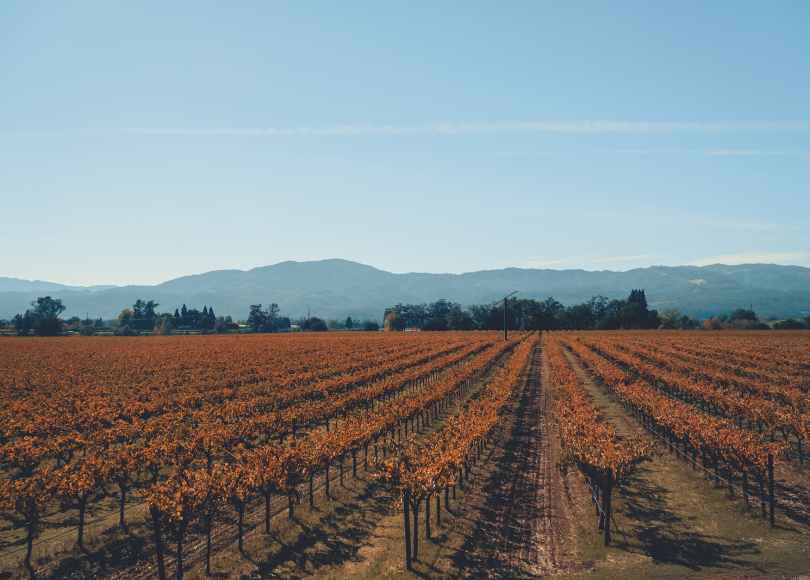 I haven’t been to Napa in…well, forever. So when my husband invited me along on a short business trip I jumped at the chance. But gosh getting here, which should have been a 90-minute car trip, took significantly longer due to traffic and two accidents which caused stop-and-go traffic for over 30 minutes. It was absurdly stressful. We arrived at the Meritage Resort out of sorts, but a complimentary bottle of wine in our room and a delicious farm-to-table meal at Olive & Hay restaurant put us in a better mood!

Thursday morning dawned chilly but sunny and when my husband headed out to meetings, I left for downtown Napa to do a bit of thrifting and antiquing. Of course! I was so excited to explore “fresh” territory as I’ve gotten in a bit of rut with my sourcing. In the end I visited two thrift stores, two antique stores, one consignment shop and one estate sale, but only bought at three of them.

Here are the highlights….

My first port of call was Community Projects Thrift Store–which turned out to be a thrifter’s dream. Not fancy, but well organized with reasonable prices and sweet staff. I give it five stars!

Within five minutes I found several cool things. This vintage Tiki advertising ashtray was 50 cents! At my neighborhood thrift store it would have been $3-$5. I’ll wait till I get a few more ashtrays and create a mini lot.

This small antique Mason’s England ironstone blue willow ginger jar ($8) is missing its lid, but still attractive on its own. The mark on the bottom indicates it was made post 1891, but pre 1920. I picture it with a bunch of wildflowers, but it could be used for chop sticks, makeup brushes, spoons….

These two minimalist cast iron Japanese women were so pleasing. Vintage but not antique. For $3 each I thought they were worth the gamble. Of course later I noticed one has a chip on the bottom which will lower my resale price a bit.

Antiques on Second provided a wonderful peruse–so many lovely things, but most priced way too high for me to resell. I loved looking though and the staff was delightful.

Amazingly, in the end, I did buy a few things.

This tablecloth was a in a tiny room way in the back of the store and I recognized the technique as knotted filet lace. It appeared to be in perfect condition but there was no price tag, but I knew I had to get it checked out. If it was under $60 I would buy it. And it was…just!

The seller thought it was handmade, but I’ll need to do some research before I’m comfortable saying that in the listing.

…look for signs of the tension being uneven, resulting in some wavy areas around the central designs of the pattern as a marker of handmade lace.

I found a small runner in the same pattern for sale on eBay and that seller dated it to the 1920s. Again, I don’t feel comfortable saying mine is antique without more research. (I’ll keep you posted.)

Now I don’t know anything about antique hat pins, but I like them and have sold a few in the past and made a reasonable profit. I decided to buy two appealing ones. I think this copper one with a gypsy/fortune teller woman with big hoop earrings might be scarce. Need to do more research on her, but I’ve only found one other listed online for $69.

On the second morning I missed a few of my turns in the city and ended up spotting an “Estate Sale Today” sign. How serendipitous! I followed the signs for a couple of miles beginning to think I was on a fool’s errand, but I found the house. Turns out the sale had just opened about 90 minutes before. It was the first day with a crush of people and no negotiation, but still great fun. Half was organized and priced and the rest was a “digger estate”–lots of boxes and piles with unmarked stuff.

I ended up with a small pile of mostly “cheap and cheerful” things. I was happy as a pig in mud. I SHOULD have stayed longer.

I thought this 1950s/60s triple-strand choker and clip-on earrings was a bit of Mad Men glam fun.

The Kreisler W. Germany Colibri silvertone lighter is a petite beauty with all the “gems” intact…and the flint still works! It was priced up and unfortunately my cell phone connection was poor and I couldn’t research it. Still as it turns out even at $20 there was a little meat on the bone.

Had to grab this 1971 cookbook featuring favorite recipes from San Francisco restaurants near the wharf.

By the time we left Napa, I had a stash of goodies. No incredible scores. Nothing that made me giddy with excitement. Just “bread and butter” items which I am trying to limit, but as I was on a vacation of sorts I gave myself a dispensation.

And I did have some fabulous food and wine…it is Napa after all.

Wishing you happy hunting in your corner of the world,