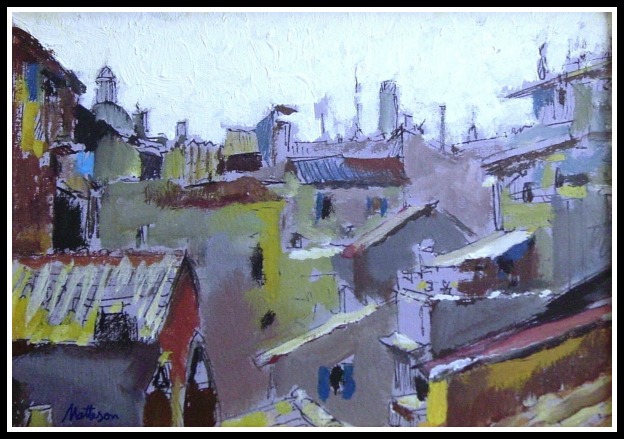 Yes, I’m still on my art buying kick, but will need to stop soon as our house is starting to look like an art gallery!  Which, now that I think about it, is really not a bad thing. 🙂 Growing up we had very little art. Just wasn’t a priority or a passion for my parents. In fact for a time my dad’s hunting rifles were displayed on our living room walls. So it’s a delight for me now to have such an eclectic personal and for-sale collection displayed around our house. 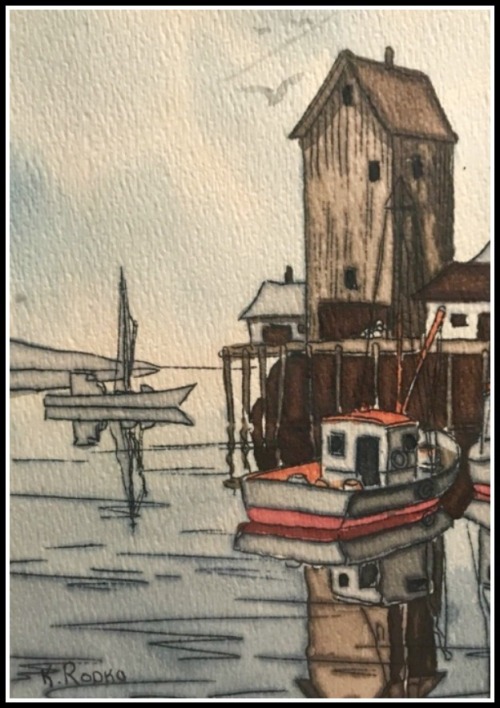 A self-taught artist originally from Latvia, he is known for his “naive art.” From what I’ve been able to find out so far, his bigger oil paintings sell in the $200-$700 range. This small watercolor painting is somewhat atypical of his work, but still holds the promise of future profit

One That Got Away

I bid early on this fantastic J. (John) Neumann still life, but knew it would escalate in a bidding war at the end. Which it did! I dropped out early. 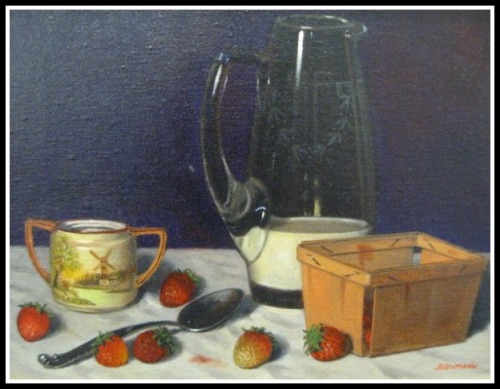 I found a sweet painting by H. Hargrove that seemed a possibility. (Interestingly H. Hargrove is actually Nicolo Sturiano (1941 – ) but chose his artist nom de plume by sticking his finger in a phone book.) 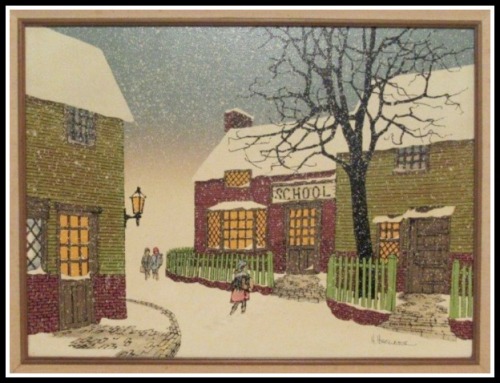 Unfortunately I discovered he is very prolific and there are hundreds (and hundreds) of his paintings and serigraph prints on eBay alone. Most of his Americana paintings like this one sell for $20-$70. So while it’s nice, potentially there would be little profit and a lot of competition.

So far my biggest investment purchase is a tiny (6.5″ by 4.75″) gouache painting by listed artist Rip Matteson (1920 – 2011). A California native, Rip is best known for his female nudes and cartoons that appeared in major magazines. 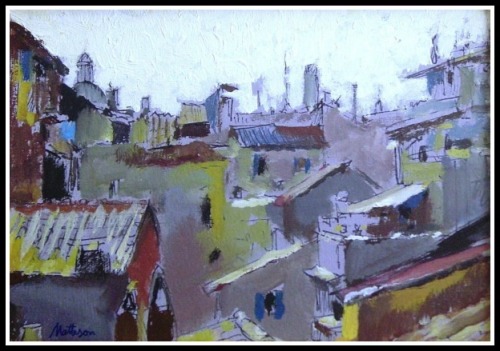 Rip spent some time as a student at Scuola di Belle Arte in Rome and it is believed that this cityscape is from that time (1940s). The original linen matting around this picture is stained so I may pony up for new matting and framing despite the additional cost. Time will tell if this was a wise purchase! Regardless, I really like it.

A quick rummage at Goodwill led me to find this very old framed print. While the image isn’t particularly appealing to me (he looks so stern), it was exciting to find a print, likely from the 1800s, in a thrift store. (I’ve had a good look at it using my jeweler’s loupe and don’t see any dot-matrix that you’d see in a newer reproduction and it appears hand colored.) 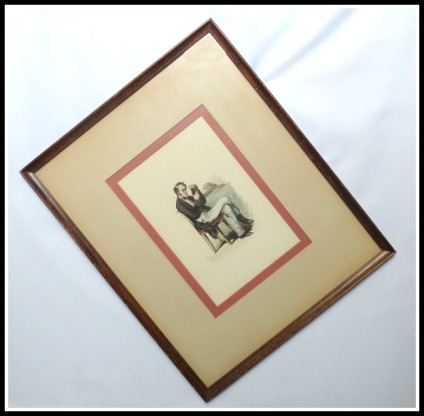 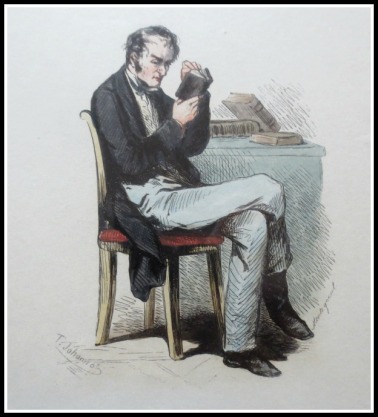 I’ve been trying to figure out the writing on this piece: “T. Johann oz”? and “Montegruel”??? So far googling hasn’t brought up anything useful and I’ve tried variations on the letters. I debated removing the fragile paper on the back and some of the nails to get a better look at the print to give me more clues but it’s so well secured that I fear damaging it in the process. And realistically, it’s unlikely to be worth much, so perhaps I won’t mess about trying to open it up.

Well, since I’ve used a fair whack of $$ on art lately, it’s time to focus on listing and selling!!

P.S. Vintage clothes and home decor are on sale in my store.